The first woman to climb Kilimanjaro

The first woman to climb Kilimanjaro

Last week The Guardian here in the UK reproduced an account of Sheila MacDonald’s 1927 ascent of Kilimanjaro. The climb is significant as it is possible that this was the first ascent to the summit of Africa’s highest mountain by a woman.

One paragraph in the account gives you an idea of the character of Miss MacDonald, who is described in the article as a tall, well-built girl with shingled hair who excels in outdoor games and horse-riding: 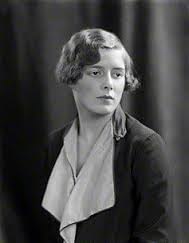 ‘Miss MacDonald went to East Africa in July to stay with relatives. Mr. William C. West. F.R.G.S., also a member of the Alpine Club, who was one of the party, said: “Kilimanjaro was not likely to terrorise Miss MacDonald, who calmly contemplates a return trip alone down the Nile, and who is at present on safari, routing out particularly obstreperous lions on the southern game preserve.” Major O. Lennox Browne, a mountaineer of some experience, was the third member of the party.’

Miss Macdonald was just 22 years old at the time of the climb.

Her ascent happened almost forty years after Hans Meyer’s 1889 ascent – the first successful climb of Kilimanjaro by anyone.

You can read the article here: https://www.theguardian.com/world/2016/sep/30/kilimanjaro-ascent-london-girl-tanzania-1927