Which electric plug for Tanzania?

Home » Advice » Which electric plug for Tanzania?
Previous Next

Which electric plug for Tanzania? 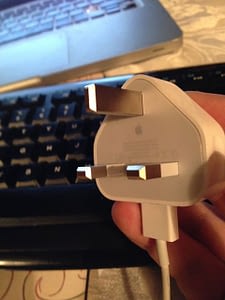 OK, I realise this isn’t the most scintillating of posts but by coincidence three of my #Kilimanjaro clients have written to me over the past week asking me what type of plug/adaptor should they get for their electronic devices while they’re in Tanzania.

Well, the answer isn’t quite as straightforward as it should be because you can actually find several different type of sockets in the country; but by far and away the most common is the UK-style three-square-pin type – as shown here.

You can also occasionally, particularly in the more remote areas, find two-pin plug styles (both European and US styles). But they’re rare now, and getting rarer. So if you’re coming from somewhere other than the UK or a country where they use three-pin plugs, make sure you bring an adaptor! You may be able to find such an adaptor in Bensons in Arusha or, more likely, in one of the local markets in the city that sells electrical goods.

Given the variable nature of Tanzania’s power supply, it would also be a good idea to buy an adaptor with some sort of surge protection. True, Tanzania’s electricity supply is more renowned for disappearing completely rather than being too strong, but as with all variable power supplies, power surges do occasionally happen – and given how expensive many electronic gadgets are, it makes sense to play it safe.

Some readers also recommend bringing a multi-plug adaptor, to allow you to charge up more than one item at a time. Given that the rooms in many hotels are fitted with just one socket, that’s not a bad idea – though the hotels won’t thank me for saying so!

Hope that clears this matter up!