History of Kilimanjaro: First attempts at the summit 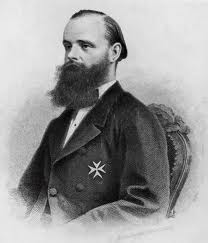 After the missionaries came the mountaineers. In August 1861 Baron Carl Claus von der Decken, a Hanoverian naturalist and traveller who had been residing in Zanzibar, accompanied by young English geologist Richard Thornton, himself an explorer of some renown who had accompanied (and been sacked by) Livingstone during the latter’s exploration of the Zambezi, made the first serious attempt on Kilimanjaro’s summit. Initially, despite an entourage of over fifty porters, a manservant for von der Decken and a personal slave for Thornton, their efforts proved to be rather dismal and they had to turn back after just three days due to bad weather, having reached the rather puny height of just 8200ft (2460m). Proceeding to the west side of the mountain, however, the pioneering baron did at least enjoy an unobstructed view of Kibo peak on the way:

Bathed in a flood of rosy light, the cap that crowns the mountain’s noble brow gleamed in the dazzling glory of the setting sun… Beyond appeared the jagged outlines of the eastern peak, which rises abruptly from a gently inclined plain, forming, as it were, a rough, almost horizontal platform. Three thousand feet lower, like the trough between two mighty waves, is the saddle which separates the sister peaks one from the other.

The following year, without Thornton, von der Decken reached a much more respectable 14,200ft (4260m) and furthermore reported being caught up in a snow storm. On his return to Europe, the baron described Kibo as a ‘mighty dome, rising to a height of about 20,000 feet, of which the last three thousand are covered in snow’.

Following this second attempt, von der Decken urged Charles New (1840-75), a London-born missionary with the United Free Methodist Church in Mombasa, to tackle the mountain, and in 1871 New made a laudable attempt to reach the summit. That attempt failed, as did a second attempt in August of the same year; nevertheless, by choosing on the latter occasion to climb on the south-eastern face of Kibo where the ice cap at that time stretched almost to the base of the cone, New inadvertently wrote himself into the history books as the first European to cross the snow-line at the African Equator:

The gulf was all that now lay between myself and it, but what an all! The snow was on a level with my eye, but my arm was too short to reach it. My heart sank, but before I had time fairly to scan the position my eyes rested upon snows at my very feet! There it lay upon the rocks below me in shining masses, looking like newly washed and sleeping sheep! Hurrah! I cannot describe the sensations that thrilled my heart at that moment. Hurrah!

On this second expedition New also discovered the crater lake of Jala, the mountain’s only volcanic lake, at Kilimanjaro’s foot to the south-east of Mawenzi.

New’s experiences on Kilimanjaro fanned his passion for the mountain and two years later he was back preparing for another assault on the still-unconquered peak. Unfortunately, the volatile tribes living at the foot of the mountain had other ideas and before New had even reached Kilimanjaro he was forced to return to the coast, having been stripped of all his possessions by the followers of the Chief of ‘Moji’ (Moshi), a highly unpleasant man by the name of Mandara. Broken in both health and spirits, the unfortunate New died soon after the attack. 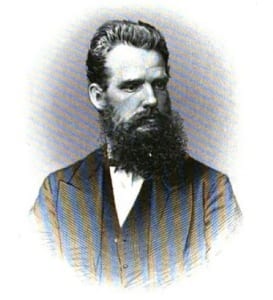 As rumours of New’s demise trickled back to Europe, enthusiasm among explorers for the still unconquered Kilimanjaro understandably waned, and for the next dozen years the mountain saw few foreign faces. Those that did visit usually did so on their way to somewhere else; people such asDr Gustav A Fischer in 1883, who stopped in Arusha and visited Mount Meru on his journey to Lake Naivasha, and declared Kilimanjaro to be fit for ‘European settlement’, a statement that would have greater resonance later on in the century; and the Scottish geologist, Joseph Thomson, who became one of the first to examine properly the northern side of the mountain during an attempt to cross the Masai territories. He also attempted a climb of Kili, though having allowed himself only one day in which to complete the task his attempt was always doomed to failure, and in the end he reached no higher than the tree-line at about 2700m. (Failure though he may have been in this instance, his name lives on as a species of gazelle.)

The first European to venture back to the region with the specific intention of visiting Kilimanjaro arrived in the same year, 1883. In an expedition organized by the Royal Geographical Society, Harry Johnston arrived in East Africa with the aim of discovering and documenting the flora and fauna of Kilimanjaro. Though his work did little to further our understanding of the mountain, Johnston’s trip is of anecdotal interest in that he later claimed in his biography that he was actually working undercover for the British Secret Service. 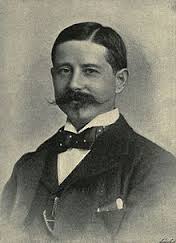 No documentary evidence has ever turned up to back this claim (though there is a letter written by him to the foreign office in which he asks for 40 men and £5000 for the purpose of colonizing Kilimanjaro).

Much doubt has been cast, too, upon his boast that he reached almost 5000m during his time on the mountain; while his suggestion that Kilimanjaro was ‘a mountain that can be climbed even without the aid of a walking stick’ was widely ridiculed when first broadcast later that year. But whatever the inaccuracies and falsehoods of Johnston’s recollections, his journey did at least assure other would-be Kilimanjaro visitors from Europe that the region was once again safe to visit. His visit also served to bring the mountain to the attention of European powers…