Skip to content
How to treat AMS on KilimanjaroHenry

How to treat altitude sickness on Kilimanjaro

Of course, when it comes to altitude sickness, it’s not enough to know how to spot the symptoms. You also need to know how to treat AMS on Kilimanjaro.

It probably won’t surprise you to discover that descent is the most effective treatment for AMS on Kilimanjaro.

But in some severe cases, descent alone is not enough. Or at least, it’s not fast enough. For this reason, Diamox is also usually given to anyone who needs to descend.

But if Diamox is unavailable, or the victim is allergic to the drug, or resistant to it, then you’ll have to look for some other treatment. Let’s look at those other ways to treat altitude sickness on Kilimanjaro now:

Using a Gamow hyperbaric bag to treat AMS on Kilimanjaro 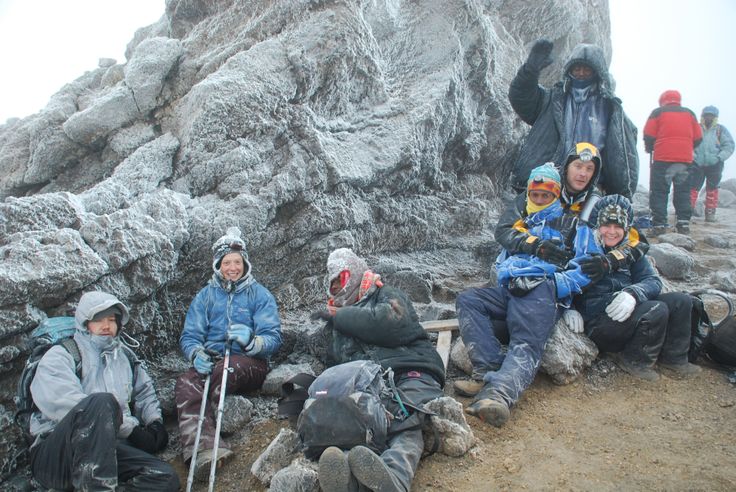 Taking a break at Stella Point

Some of the upmarket trek operators may carry a Gamow bag with them. This is a man-sized plastic ‘coffin’. The victim lies in the bag, which is then zipped up and inflated. As it is inflated, the atmospheric pressure inside the bag is increased, thus mimicking the atmospheric conditions present at a lower altitude.

The disadvantage with this method is one of inconvenience. Because the cumbersome bag has to be dragged up the mountain. Worst of all, in order to work effectively once the patient is inside, the bag must be kept at a constant pressure. This means that somebody must pump up the bag every two or three minutes. This is tricky when at least two other people are simultaneously trying to manoeuvre the body and bag down the slopes.

Giving the victim extra oxygen from a bottle or canister does not immediately reverse all the symptoms, though in conjunction with rapid descent it can be most effective. For this reason, all trekking groups should carry two oxygen canisters. That way, one canister can accompany the casualty as they descend. While the second oxygen bottle can accompany those who are still ascending. Just in case they, too, get into trouble later on.

<< What is Altitude Sickness | Other health problems on Kilimanjaro >>