Who has climbed Kilimanjaro the most?

Last year I was contacted by a well-known US-based trekking company who wanted to know which person had climbed Kilimanjaro the greatest number of times.

I replied that the holder of this record would undoubtedly be one of the the guides who make their living from climbing Kilimanjaro. One of our guides, Freddie Achedo, for example, says he has climbed over 600 times now and I know there are many others like him.

That prompted the agency to rephrase their question, and ask which Westerner/non-Tanzanian has reached the summit of Africa’s highest mountain the most. It transpired that their boss was due to make his fiftieth climb (which he has since completed) and were wondering if he could claim some kind of record for this. 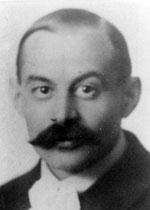 Fifty is undoubtedly an impressive number, and we extend our congratulations to Eddie Frank, of Tusker, for reaching this milestone. But when it comes to holding the record, we think he’s got some way to go before he reaches the mark set by Rev. Dr. Richard Gustavovich Reusch (1891-1975).

Most of you who have climbed Kilimanjaro or know a bit about the mountain will be familiar with the good doctor (pictured above), for he gives his name to the inner crater on Kilimanjaro’s highest peak, Kibo.

But until now I had no idea just what a full life Pastor Reusch led, or why he deserved to have the Reusch Crater named after him. His life before he rocked up on the shores of East Africa sounds like the wilder stories of Kipling or Lawrence of Arabia; indeed, one source on the internet described him as an “Imperial Russian Cavalry Officer, Lutheran Pastor, Anti-Bolshevik, East African Leipzig and Augustana Missionary, Mountaineer, Ethnographer, Builder, British Spy, Linguist, Historian, Honorary Masai, College Professor and LCA Pastor” – which sums him up pretty neatly.

But it was his exploits on Africa’s highest mountain for which he is duly remembered. He arrived in Arusha in 1923, and made his first ascent of Kilimanjaro three years later in 1926.

It was on that trip that he found the mummified corpse of a leopard that had been discovered by Dr Donald Latham in the Kibo crater the previous year. Indeed, Pastor Reusch cut off one of the ears of the leopard to keep as a souvenir.

(The leopard subsequently earns a level of fame it could only dream about when it was alive by featuring in the opening paragraph of Ernest Hemingway’s semi-authobiographical work, The Snows of Kilimanjaro.)

On a subsequent trek a year later Reusch discovered the inner crater that bears his name.

In 1929 he also went on to found the Mountain Club of East Africa along with Clement Gillman – who also, as many of you will know, has a spot on Kibo’s crater rim named after him. (Incidentally Reusch’s wife, Elveda, is also immortalised on the mountain, with one of the minor ‘summits’ between Stella Point and Uhuru Peak, on the southern crater rim, named after her.) In all, Richard Reusch is said to have summited somewhere between 65 and 75 times in all.

Yet as we said at the start of this article, even this impressive achievement pails into insignificance when compared to the guides for whom leading Kilimanjaro climbs is a way of life, and who bounce up and down the mountain like a yo-yo.

Freddie Achedo, a man who has led many, many climbs for us over the years, thinks he has now climbed 687 times. And there are said to be two guides from the long-standing Marangu Hotel that have climbed over a thousand times. Of course, it’s difficult to verify such figures – but over the coming weeks and months I will endeavour to find out which guide holds the record for the highest number of climbs – and just how many times they have stood at the summit of Africa’s highest mountain, Kilimanjaro.