Overnight accommodation on the mountain

Where do you sleep on Kilimanjaro? 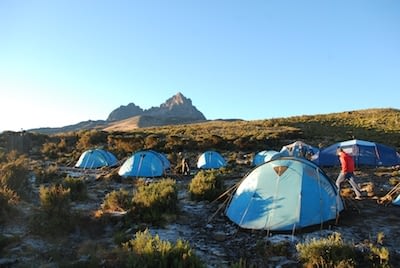 Tents on the Rongai Route

Unless you are on the Marangu Route, accommodation on Kilimanjaro will be in tents brought up by your porters. Do not be tempted to sleep in any of the caves, which is against park regulations.

On the Marangu Route, camping is forbidden and instead people have to sleep in huts along the route. The sleeping arrangements in these huts are usually dormitory-style, with anything from four to twenty beds per room. You will see people camping on this route, but they are trekkers who took the Rongai Route to ascend and are now descending on Marangu.

Confusingly, away from the Marangu Route many of the campsites on Kilimanjaro are actually called ‘huts’ but don’t be fooled: they are called huts because of the green shacks that you’ll find at these campsites, which are usually inhabited by the park rangers. Trekkers used to be allowed to sleep in these huts too, but no longer. 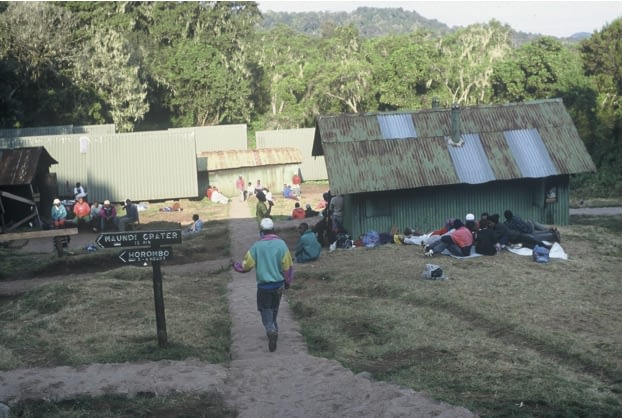 Mandara Huts on the Marangu Route

Porters and guides, however, do still sometimes sleep in them depending on the ranger’s mood and the space available.

The only other buildings you will possibly see along the trail are the toilets. Most are of the same design, namely a little wooden hut with a hole in the floor. Some are in better condition than others; all we will say is that some people are terrible shots, while other latrines are in desperate need of emptying before the contents become Kilimanjaro’s fourth peak.